Icebergs Heading South - According to a Boilermaker 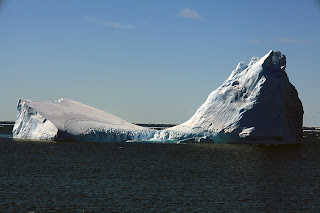 You know when you used to go to a friends house and they'd pull out 30 000 slides of waterfalls, sunsets, beach scenes and you would have to politely endure what seemed to be an eternity of relentless, "wow, what a great shot." or " Looks like you had a great time," moments, well, icebergs seem to have same effect on some photographers. There seems to be no end of these floating ice cubes, each with their unique shape and colours. Perhaps what one is trying to capture is not only the uniqueness of the iceberg, but the dare I say the spiritual feeling about the place you are in.

Unfortunately that is really not possible with places like Antarctica. Icebergs started to appear around the 60 degrees South parallel. This as it turns out to be the actual start of the Southern Ocean decreed by the Oceanographic Society. 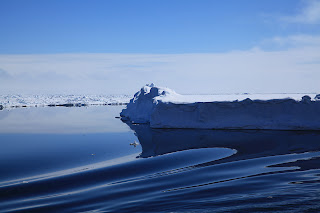 Anyway, nobody really gives a hoot where this ocean actually starts and finishes except to say the water is bloody cold, down to - 1.7 degrees C and its rough. Back to the Icebergs, don't know much about them at all. Some are formed from glaciers braking off from the Antarctic continent making them mostly fresh water. Some are frozen sea water build up over years rafting up on top of others. Add a little snow on top and you've got icebergs. Some of these things are massive. The Aurora Australis is dwarfed by these things, some of which could house a small city on. As much as I tried, I did not capture 30 000 icebergs on file. Not from the lack of trying. But if you are keen I've got a couple more on this link to more icebergs.

For images that are for sale in print,canvas, framed print and acrylic go to my online store

Posted by David Barringhaus at 12:17 PM