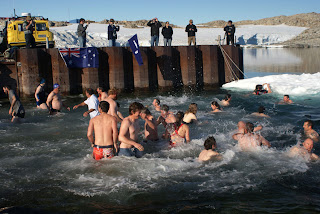 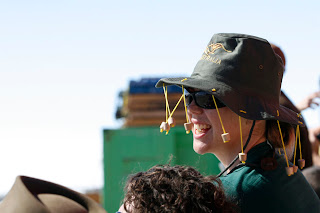 For those of you that are not Australian, Australia Day is celebrated on the 26th of January each year. It is the date that white settlers came to the Australian shores in 1788. It is usually celebrated by family get togethers around the barbeque and drinks. Here at Casey it is traditional to go for a mid summer swim followed by a game of cricket, a barbeque, and a few drinks. Our swim is conducted down at the wharf with medical and rescue personnel on standby. A maximum of 5 minutes in the water. At - 1 degrees, few hang around in the water any longer than a few minutes.
The cricket game is typical of beach cricket that is commonly played back home in Australia, with a bunch of additional rules to accommodate the additional buildings. There is always a bunch of hecklers in the crowd who add to the other colourful characters. Of course, what game of cricket would it be without the traditional streaker and a good supply of beer to wash down the steak and salads. It was a great day which was followed up with our band playing some good aussie favourites. Cheers Australia from Antarctica...! 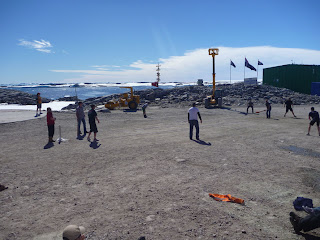 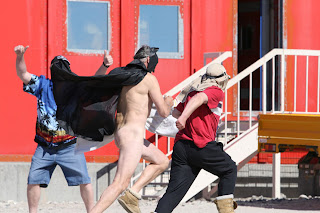 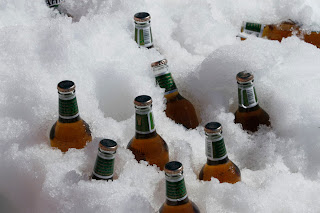 Posted by David Barringhaus at 1:27 PM