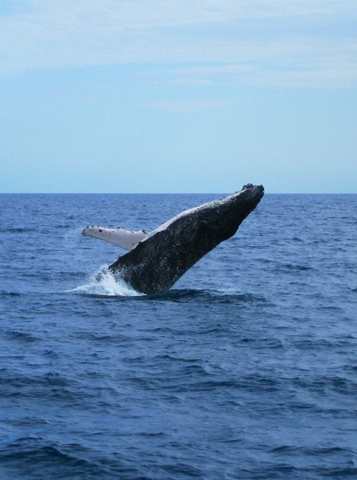 Due to heavy whaling activities during the mid 1800's and up to 1966, the humpback whale is now on the vulnerable species list. Since the moratorium in 1966, some numbers have increased in the southern ocean. It's a social creature moving in pods of 12 - 15 individuals. Its diving can last up to 20 minutes but usually lasts between 3 to 15 minutes and reaching depths of around 150m. They eat small school fish and krill. They spiral dive below the schools of feed to capture it in a "bubble net." This net can be up to 45m across making it easy to engulf when swimming at speed through it. It grows to around 11- 19m in length and a weight of 25 - 35 tonnes. As an Australian, I see these big fellas up the Queensland and Western Australian coasts. The humpbacks that migrate up the Australian coastlines usually come from East Antarctica. 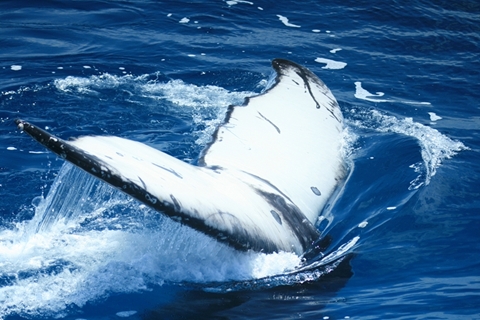 Posted by David Barringhaus at 12:51 PM